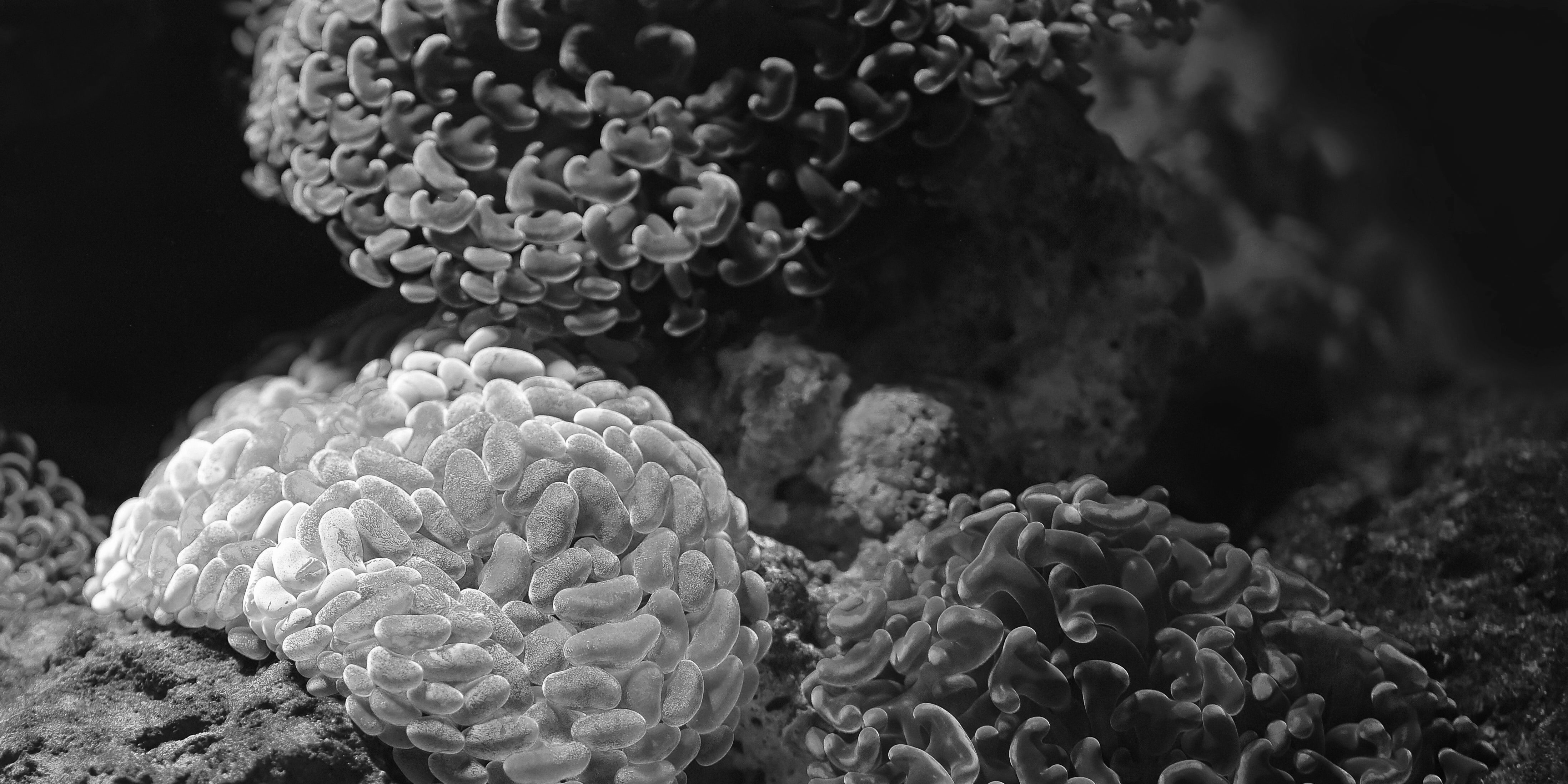 Read any ancient Greek or Shakespearean comedy and there are a million and one dick jokes. For such a well-worn subject, however, there is a lot of misinformation out there. Read on for our take on the eight most common questions and concerns re. the Johnson.

According to Seth Stephens-Davidowitz in his book Everybody Lies, “Men conduct more [Google] searches for how to make their penis bigger than how to tune a guitar, make an omelet, or change a tire.” Many people assume that bigger-is-better, causing men a significant amount of anxiety about penis size,preventing the sexual satisfaction they might otherwise experience!

However, despite what you may have heard, size really doesn’t matter. In a study1 of 26,437 heterosexual women, 85% of the respondents reported being satisfied with their partner's penis size, 14% wanted their partner to be larger and 2% wanted their partner to be smaller. There are many possible reasons for this, not least of all the fact that penis length doesn’t have much to do with a woman’s pleasure. For many women, the clitoris plays a primary role in orgasm-ability, as does the area around and just inside the vaginal opening, which is full of nerve endings. As a result, grinding during intercourse and other types of external stimulation (like manual or oral pleasure) are generally, just as (if not more) satisfying than deep penetration. Women who enjoy G-spot stimulation also benefit from more shallow stimulation. In fact, despite a bigger-is-better attitude, partners of men with especially large penises may find that sex is uncomfortable, whether vaginal intercourse, oral sex or anal sex, for same and other-sex partners alike.

Ultimately, great sex is a function of intimacy, the connection between two partners and the many other intangibles that make sex meaningful. We all need to work with what we have, and men of all shapes and sizes can do plenty to learn to satisfy and pleasure their partner.

TL;DR: a large penis isn't always an advantage during sex.

Is my penis normal?

When talking about penis size, there are generally two meaningful dimensions. The first is penis length, the measurement from the base of a man's penis (usually close to where his pubic hair begins) to the tip (where the urethra opens at the end of the glans). The second dimension is girth, which is the distance around a man's penis (i.e., the circumference), usually measured at the middle of a man's penile shaft.

The average length of a non-erect penis is three to four inches. Once erect, the average size of an erect penis is five to seven inches in length and four to six inches in girth, and 85% of men fall within this range. Unfortunately, many men compare themselves to other men when they're in the locker room or elsewhere, when the truth is that most men end up a similar size once erect, supporting the idea that some men are “showers,” meaning they are larger when flaccid, and some men are “growers,” meaning they are smaller when flaccid but increase in size more once erect.

Of course, a man's erect penis may range in length from less than two inches to 16 or more inches. However, few men are at these extremes; the majority of men fall in the typical range.

The size of a man's penis is mostly determined by genetic factors and there isn't much he can do to increase its size.

What can I do if I’m on the smaller side?

Friction is an important part of what makes intercourse enjoyable for couples, by simultaneously stimulating the genitals (or anus) of both partners. Sometimes, couples desire more friction during intercourse to increase sensation and improve orgasm ability. Other times, men experience drop-out issues during intercourse because of a change in erectile function or a mismatched fit with a partner. The good news is that it's easy to improve snugness during intercourse and boost both partners' sexual satisfaction.

Female partners can use their pelvic floor muscles to squeeze around the penis during intercourse, which will add friction for both partners and is likely to additionally boost her arousal, by increasing blood flow to the area. A woman should make the same movement she does during Kegel exercises, which can be either quick pulses or longer contractions.

Certain intercourse positions encourage a better penile-vaginal fit, too, especially those that encourage grinding over thrusting. Couples can try the CAT and Woman-on-Top to experiment with what feels good.

Men who think they are lacking in girth also can focus on G-spot stimulation by trying positions that encourage it.

What will happen to my penis as I get older?

It's common for men to notice changes to penis size as they age. Some of it is the result of changes that take place everywhere on the body, like a loss of firmness or less blood flow, and some of it is a function of weight gain and the tendency for men (and women) to become more sedentary as they age. Excess weight in the abdominal area can cause more of the penis to be inside the body. Regular exercise and a healthy diet can help minimize age-related changes to both the appearance of the penis and also sexual function.

Men also may notice changes to the direction the penis points. In younger men, an erect penis often points closer to a 90º angle (straight up or towards a man's head). As a man ages, he may find that his penis points lower (towards his feet) during an erection.

Even though many men worry about changes to their penis as a result of age, it's a common and normal experience. It certainly doesn't mean sex won't be as enjoyable or that a partner won't be accepting, since they're likely to be facing age-related changes, too. If anything, changes to the sexual anatomy and sexual function as a result of aging allow couples to explore sex in new ways and learn about each other's bodies all over again.

Why is my penis curved?

It is extremely common for a penis to be something other than straight. The average penis may point slightly to the left or right. During an erection, a man's penis may point straight up or tilt downward as a function of age and individual differences. Every man's penis is different.

A crooked or bent penis isn't usually cause for concern, unless a man notices a sudden change in the shape of the penis, experiences pain during or after an erection or isn't able to have intercourse at all. A rare, but treatable, condition called Peyronie's disease can result from the build-up of plaque inside the penis (in the tunica albuginea), which leads to painful erections and curvature of the penis.

A man may also notice changes to the shape or angle of his penis after trauma or injury to the area as a result of scar tissue, in which case he should check in with his healthcare provider. Otherwise, much of the variation in the appearance of the penis is normal.

Why is one testicle bigger than the other?

Just as penis size varies from one man to another, so does testicular size. Some men have smaller testicles and others have larger testicles, but the vast majority of adult men are close to the average measurement of two inches long and 1.2 inches wide.

Most men find that one testicle is slightly bigger than the other or hangs lower than the other. Usually, it is the left testicle that hangs lower (though the right testicle may be larger), as a result of fetal development. In most cases, testicular size has nothing to do with a man's fertility or his sexual function, and slight differences in testicular size are not cause for concern.

However, if a man notices a significant change to the size of one of his testicles or experiences soreness, sensitivity or bumps, he should always check in with a healthcare provider to rule out potentially harmful conditions, including a varicocele, an STI or testicular cancer.

Why does my penis hurt after sex?

Although pain related to intercourse is often associated with women, men may experience pain during intercourse for a variety of reasons, too, all of which should be brought to the attention of a healthcare provider and treated appropriately.

Common causes of pain in men during or after intercourse include:

Common STIs, such as genitals herpes, chlamydia or gonorrhea

Scar tissue as a result of Peyronie's disease or other trauma, injury or surgery in the pelvic area

Certain medications, which may cause ejaculatory pain, including some anti-depressants

In uncircumcised men, problems with the foreskin not retracting properly

Today, you can't open your email inbox or turn on the television without hearing about some sexual enhancement product for men. And while these ads promise the world, no product has been scientifically proven to safely and permanently increase penis size, whether herbal remedy, topical gel or weight-bearing exercise. Surgical procedures to increase the length or girth of the penis are extremely risky and associated with the development of scar tissue, which can lead to painful erections, shorter erections or erectile dysfunction.

Other strategies for increasing the appearance of the penis’ size include losing weight, since excess abdominal fat can obscure the penis and trimming pubic hair.Some men turn to penis pumps or cock rings to boost erectile function or to temporarily feel like they have a larger penis, by drawing and keeping more blood into the penis. Both must be used with care, but they can help some men feel like they have a fuller erection. However, too much pressure from a penis pump can cause lasting tissue and vascular damage and a cock ring should never be left on for more than 20 minutes and should be removed if there is any discomfort or bruising.

Most men end up with erections of about five to six inches in length. Men who are smaller when flaccid may grow in size more than men who are larger, which means that most men are a similar size when erect. And as much as penis size varies among men, the possibilities for techniques and pleasurable ways of stimulating each other vary even more, and are more so under a man's control to further enhance intimacy with a partner.